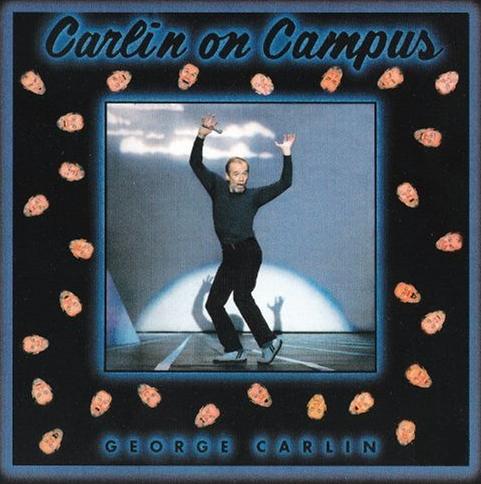 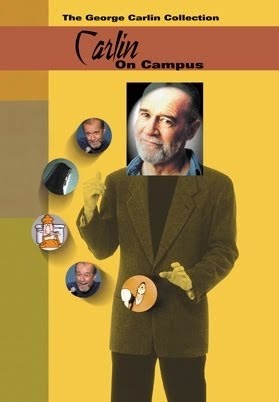 This HBO special marked the start of a long tradition for Carlin: recording a show for HBO, then releasing it both as a video and an album. It’s worth noting though that the album version is SIGNIFICANTLY different from the video version! I didn’t realize this for many years. The Carlin on Campus cassette tape was quite rare, and I had only seen it being sold at his shows. I assumed it was no different from the video, which I had already had on VHS. So for years I didn’t get around to buying it. I finally stumbled across a used CD version years later, which might have been artificially put together from the vinyl. Both the CD and the DVD have lots of great material, a good deal of it showing up on one and not the other. The vinyl included a red sticker on the front that read “CONTAINS: 350 WORDS YOU CAN’T SAY ON TV.”

The first time I had ever seen a performance of Carlin himself on TV was on the Nickelodeon show “Turkey TV”. It was a kid’s comedy show that featured a bunch of miscellaneous comedy shorts placed one after another: short cartoons, sketches from more obscure television shows like BBC’s “The Pink Medicine Show”, etc. (whether this had some influence on me to do a comedy radio show 20 years later, I don’t know. Maybe.) There were also some stand-up comedians. I saw Dana Carvey’s stand-up on the show, long before he had joined Saturday Night Live.

Anyway, it was on that show that I also saw Carlin’s routine from Carlin on Campus (1984) on how anybody driving slower than you is an idiot, and anybody driving faster than you is a maniac. I’m not sure why they thought a segment on driving was something that kids could find funny or relate to. Maybe the people running the show were Carlin fans, and were desperate to find some clean routine of his to include.

In any case, Carlin on Campus is different from his other HBO specials in that it includes a mix of both live stand-up and cartoon shorts. In that sense it reminds me of the album A Place for My Stuff (1981). Sure enough, the “A Place For My Stuff” routine itself shows up here. Some of his 70s album routines are done here, refined and funnier (“Whistling”, “Stomach Sounds”, “Getting Sick”, and the classic “Baseball and Football”). Carlin returns to the topic of religion with the opening “Prayer”. Though the highlight I’d say is the completely new and generously long routine, “Stuff on Driving”. The album version of this track includes a few lines not heard on the video.

This is a clip of the animated short “It’s No Bullshit”, preceded by a later book excerpt.