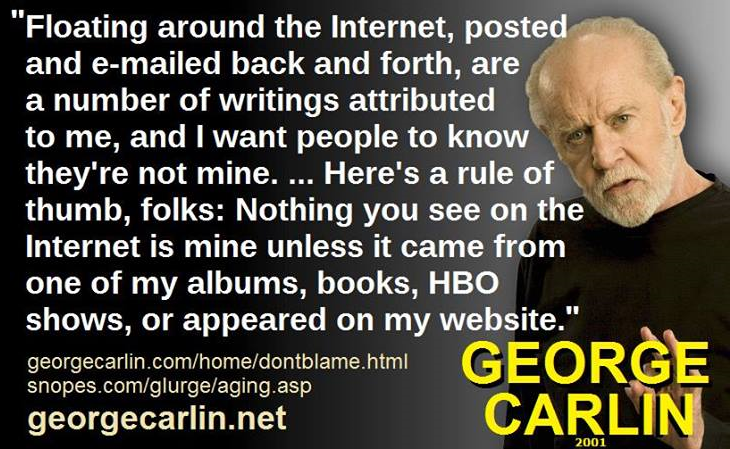 Here is a linked list of quotes and essays that often get falsely attributed to George Carlin. Please read my FAQ to this topic, if you haven’t yet. And if you see somebody on-line who keeps misattributing these quotes to George Carlin when he didn’t really say them, please direct that person to this page!

This research is copyrighted by Bill M. / georgecarlin.net; you’re free to link to this page, or copy and paste one or two quotes, but not the entire contents.