Burns and Carlin at the Playboy Club Tonight (1963) 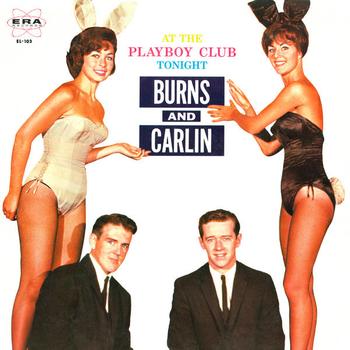 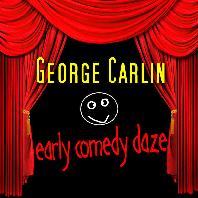 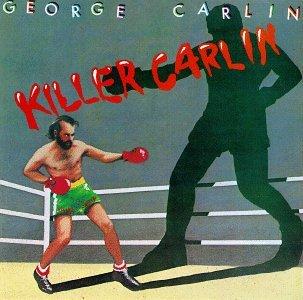 An odd 8-track version I found was also released under the name “Early Madness”, probably as a bootleg. The other notes on the label read “a product of Damont Record and Tapes Inc. Distributed by PEERLESS VID-TRONIC CORP. 60 West Street, Bloomfiled N.J. 07003”.

Carlin’s start in show business was in 1956, as a radio disc jockey. Eventually he hooked up with Jack Burns to form a comedy duo. This is the first and only album recorded and released by the duo. It was recorded at the Hollywood club Cosmo Alley in May, 1960. Carlin had turned 23 that month.

The duo split up in 1962 under friendly terms, and each went off down different chosen career paths. Carlin went on to make many television appearances throughout the 60s. This recording wasn’t released until 1963, as “Burns and Carlin at the Playboy Club Tonight” even though it wasn’t even recorded at the Playboy Club. It has since been re-released under several different titles, each with slightly different track listings and track times. See the track lists on this page for details.

As for the tracks themselves, all releases contain “Mothers Club”, “Killer Carlin”, “Captain Jack & Jolly George”, “War Pictures”, “Herb Coolhouse” (called “The Cool World” on the ‘81 release), “Edward R. Murrow” (later called “Person to Person”), and “Lenny Bruce” (combined with the “Mort Sahl” track in the first release, and renamed “The Sickest” on Killer Carlin). Killer Carlin is missing the “Mort Sahl” track.