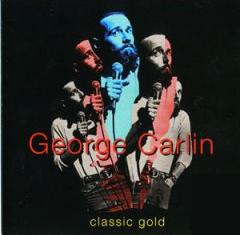 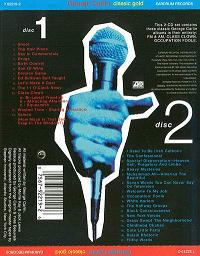 I stumbled across Classic Gold in the store shortly after its release. I immediately bought the 2-tape set. It was my first time hearing any of Carlin’s 1970s material. Only later did I find out that Classic Gold is simply a compilation of Carlin’s first three albums of the 1970s, so named because all three albums had gone RIAA certified gold. Disc/tape #1 contained all of FM & AM (1972) followed by the first side of Class Clown (1972), and disc/tape #2 started with the second half of Class Clown followed by all of Occupation: Foole (1973).

If you’re looking for some 1970s material from George Carlin, but are reluctant to buy the entire The Little David Years (1971-1977) (Box Set), then I highly recommend getting Classic Gold.