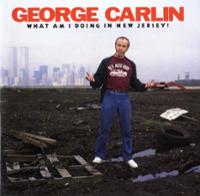 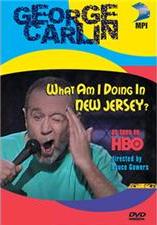 When it comes to casual fans of George Carlin, I’ve noticed that many of them tend to fall into two different camps: the casual fans who really only like Carlin’s older material and are turned-off by his later “angrier” stuff, and the casual fans who absolutely love that later angrier stuff. Often I see these two groups of people leaving either 1-star or 5-star reviews, respectively, on sites like Amazon.

I use “angrier” here in quotes because as explained at the beginning of this section of the discography, Carlin didn’t necessarily see it as anger. Some people may feel there are better words to describe this style of his: more “serious”, or more “social commentator” style, or what have you. In any case, there was a change in his style, and when I say “the angry years” most people know what sort of stuff I’m talking about. If I had to pick one album that marked the real beginning of this era, it would be What Am I Doing In New Jersey?. If anything, for the “Reagan’s Gang” track alone, a ruthless but focused rant that was really unlike anything he had ever done before. Carlin confirmed this in the biography Last Words, saying “The 1988 HBO show, What Am I Doing In New Jersey?, was the first use of the stored armaments, the first time that this newfound attention to structure met up with a heightened political sense.”

I’ve seen some clueless Bill Hicks worshipers on YouTube claim that this change in Carlin’s style was due to Bill Hicks, but it wasn’t. See the quotation at the top of the page, then read the whole chapter (“I Get Pissed, Goddamit!”, a line taken from this album), and hear Carlin’s interview with Jon Stewart.

I’ve seen two different release dates listed for What Am I Doing In New Jersey?. I’m guessing that the video was aired on June 9, and the album released on August 15, but I’m not sure. The album was nominated for a Grammy in 1989, but lost to Robin Williams’ Good Morning, Vietnam.

The video version ends on the “Singles Bars” routine, which showed up years later on You Are All Diseased (1999). In an interview, Carlin explained that he hadn’t planned on doing that for the New Jersey special; he just realized that he had 2 minutes left after finishing his main show, and decided at the last moment to do it.

There are two quotations in the album’s liner notes: