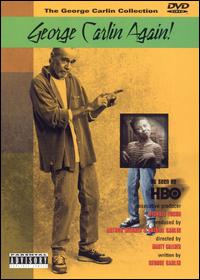 This is simply an excellent performance. Carlin is confident, dead-on, and does a great mix of old and new routines. A particularly notable track is “What Time is It?”, which doesn’t show up on any of his albums. He also reprises Al Sleet for one final time. “Death is Imminent” is pretty much the same routine as “Death and Dying” from On The Road (1977), but in this performance I think it’s much better executed. I hadn’t seen this nor the first HBO special until they were finally released on DVD in The George Carlin Collection (2001).

Notes on the DVD releases say this was first broadcast on July 23, 1978. Some other sources say it was also recorded on this date, though I haven’t been able to confirm that.