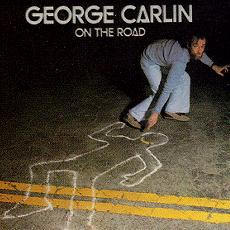 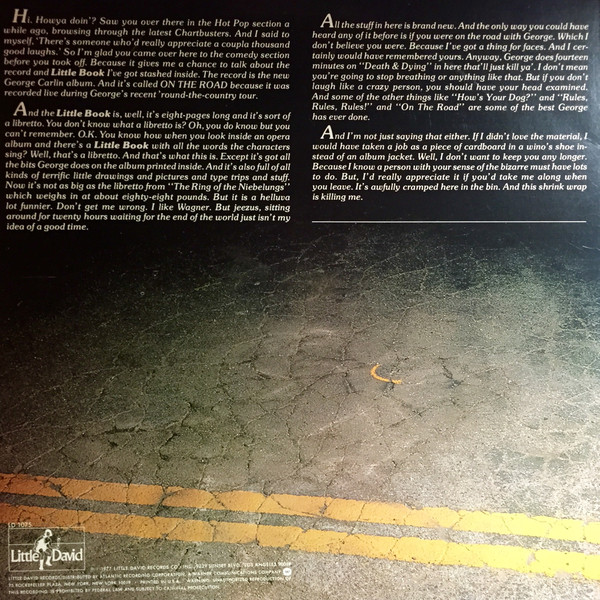 I originally bought this on cassette and then later CD, but a friend of mine has the vinyl and it was then that I realized that the vinyl had come with a transcription booklet of the whole album. Some of these routines would show up later on George Carlin: Again! (1978) and even Carlin at Carnegie (1983). Carlin does another news routine in “Headlines”, and there are several related tracks about the double standards regarding children (from both child and adult perspectives). The two long tracks, “Death and Dying” and “Supermarkets”, are probably my favorites here.

To quote Carlin from his autobiography, Last Words (2009):

By the next summer [1977] I was appearing as a regular on Tony Orlando and Dawn. Not surprisingly, my sixth Little David album, On the Road, was directionless and unstructured: featuring the interminable “Death and Dying” routine, the longest piece I ever did. (On the album it only ran thirteen minutes but on stage it ran twenty-seven minutes.) Talking about dying for twenty-seven minutes should’ve given a seasoned comedian pause, but that hoary old metaphor for failure never occurred to me.

This album got a Grammy nomination for Best Comedy Album in 1978, but lost to the Let’s Get Small album by Steve Martin, whose stand-up act was overwhelmingly popular at the time. 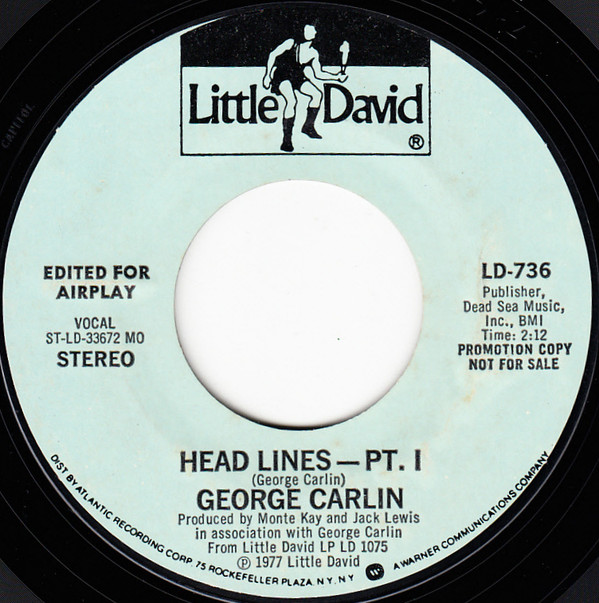 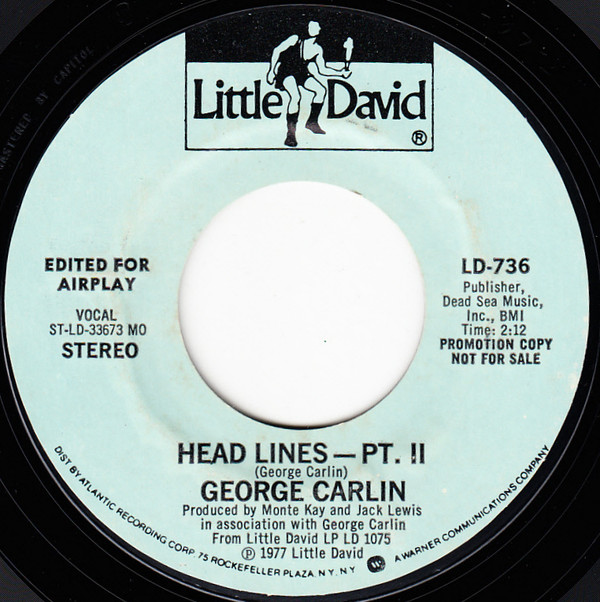 A promo-only single was also sent to radio stations, featuring the track “Headlines”. Naturally, this had been “edited for airplay”.