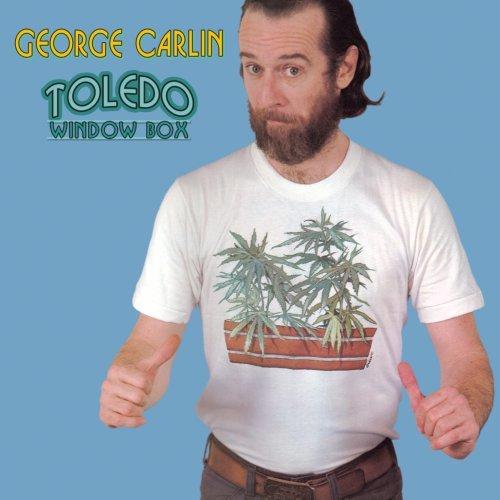 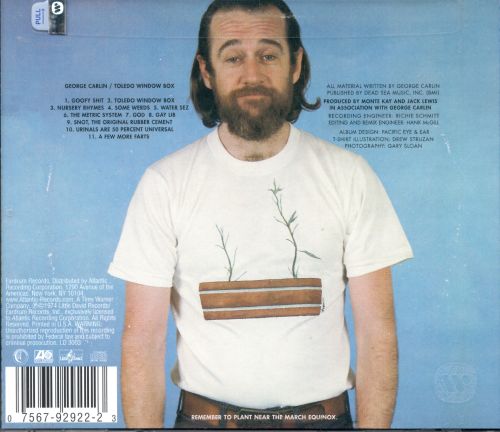 As Carlin explains in the album’s title track, “Toledo Window Box” refers to a type of marijuana which somebody tried to sell him. While Carlin did talk about drugs on past albums, he talks much more candidly and casual about it here. The topic of drugs not only shows up in the title track, but also in “Nursery Rhymes” and “The Metric System”.

The liner notes include the reminder, “REMEMBER TO PLANT NEAR THE MARCH EQUINOX”.

The plant shirt was painted by Drew Struzan, who also did the posters for the original Star Wars and Indiana Jones trilogies.

Another notable track on here is “God”. Carlin ended up doing this routine the following year when he hosted the debut episode of “Saturday Night Live”, even though they told him not to. It’s a far cry from the ruthlessness of his classic 1999 diatribe “There is No God” from You Are All Diseased (1999), but it’s still notable that these ideas were on his mind at the time. 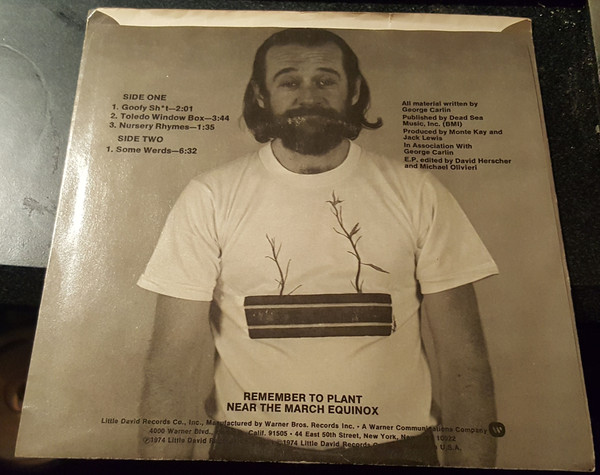 The Little David label also distributed a promotional EP (PRO-594), “edited for airplay”, distributed by Warner Brothers. The EP tracks were edited by David Herscher and Michael Olivieri. Nothing is bleeped out. Rather, the tracks are just notably shortened, removing a number of lines including any swearing parts. Although it’s a 7-inch record, the copy I own plays at 33 1/3 RPM instead of 45.