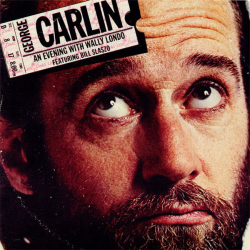 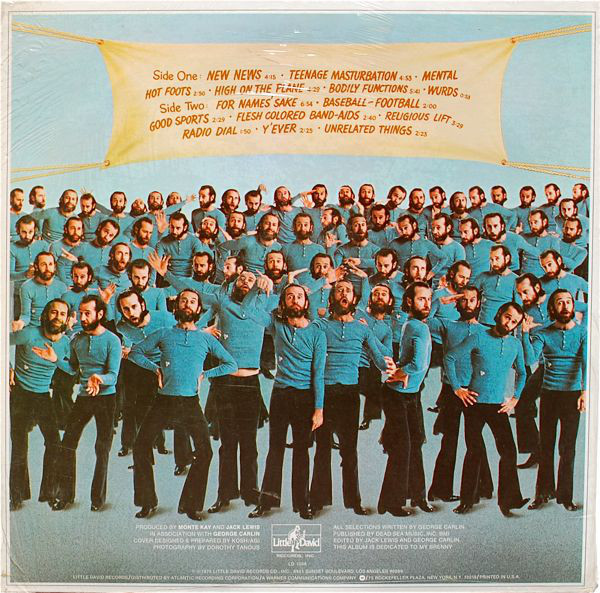 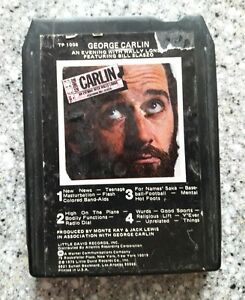 Starting a little bit with this album and then into the next one, it seems that the drugs were taking their toll. At least to my ears. Carlin was also no longer the huge “new” comic, and the country’s zeitgeist saw the waning of counter-culture, the rise of crime, the beginnings of the disco era, etc. The liner notes to the box set and Carlin’s biography go into further details.

That’s not to say it’s a bad album. It’s still great. Probably the most famous is the “Baseball-Football” routine. Also here is “Religious Lift”, which continues where “God” left off on the previous album; Carlin did a mix of these two routines when he hosted Saturday Night Live. I almost quoted “Religious Lift” for my high school year book quote, but unfortunately couldn’t seem to get something short enough that captured the sentiment.

About the album, Carlin said “I had finished the autobiographical period, and I’d finished establishing myself as separate from the mainstream, so now the comedian was starting to show up.” 6 of the tracks were deemed suitable for airplay, and a 7-minute long promo record of excerpts was sent to radio stations, plus a testimonial from George’s mother: “This record is not dirty and contains no filthiness of any kind. It can be played on any radio station at any time of the day without fear of losing your morals, your license or your listeners.”

This album got a Grammy nomination for Best Comedy Album in 1976, but lost to Richard Pryor’s …Is It Something I Said?. Carlin was however voted Billboard’s “Comedy Artist of the Year” in the spring of 1975.

Some promotional E.P.s were also released by Atlantic Records as 45 rpm records. 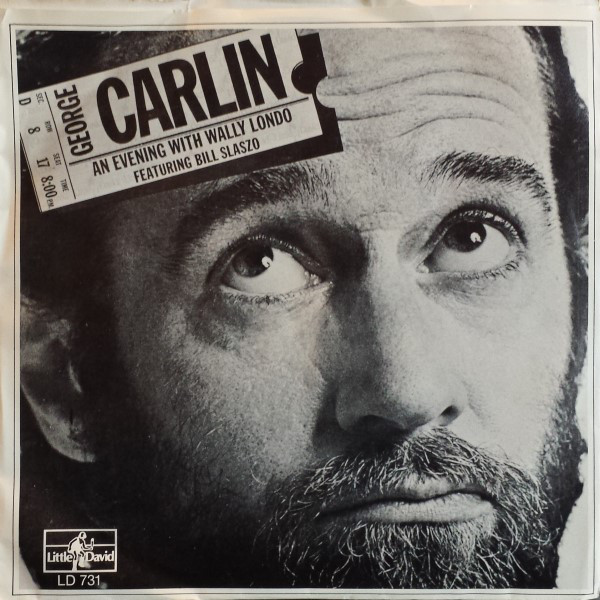 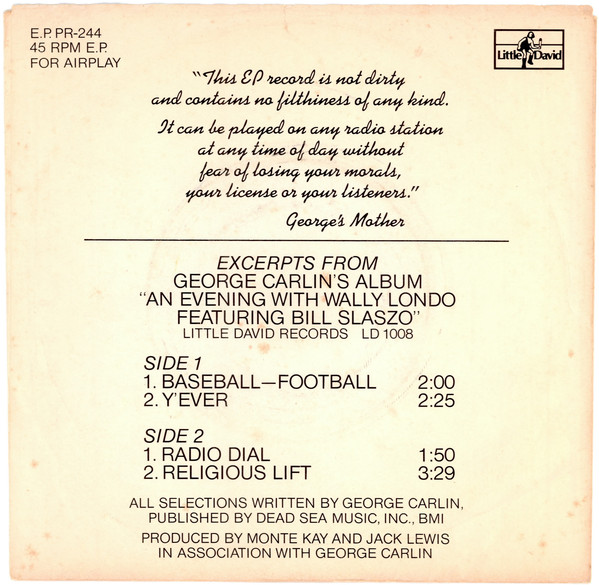 One of these (E.P. PR-244), contained four tracks from the album. Usually these EPs for the radio stations had the swears bleeped out, or the tracks edited down to remove the parts with swears. But this just seems to be four of the actual album tracks that happen to be all “clean”. The front of the sleeve is essentially just a black and white version of the album cover. The following quotation is on the back of the sleeve:

“This EP record is not dirty and contains no filthiness of any kind.

It can be played on any radio station at any time of day without fear of losing your morals, your license or your listeners.” 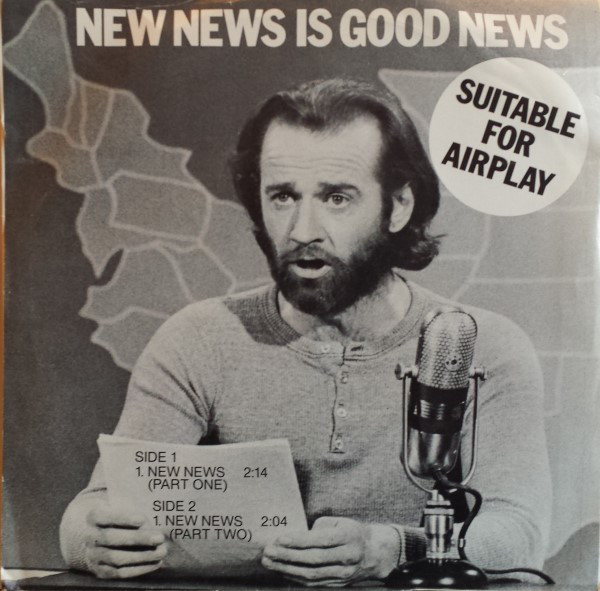 A second 7” that was released was titled “NEW NEWS IS GOOD NEWS”, and marked “SUITABLE FOR AIRPLAY”. It contains segments of the “New News” track.

One odd promotional item made was a replica of the ticket seen on the front cover. I think it was originally included in the “New News” EP. The ticket measured about 6 1/8” x 2 5/8”. The back contained several quotes from the “New News” track. Here’s a photo of the front and back. 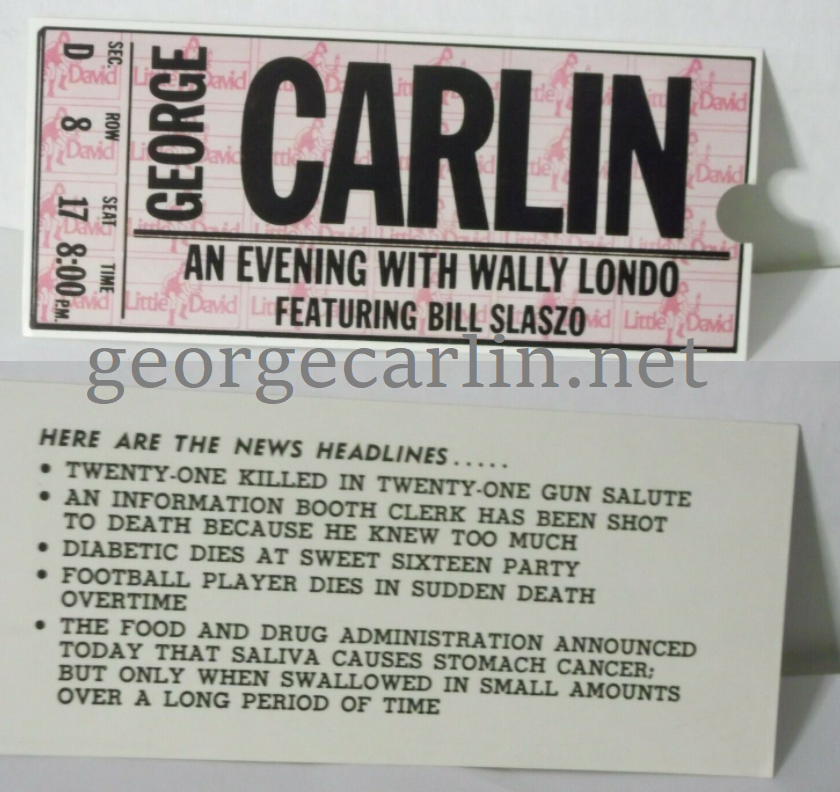