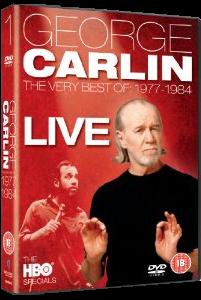 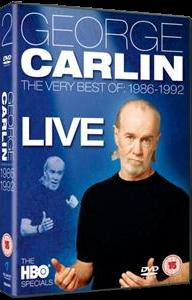 As I’ve said before, Carlin doesn’t seem to be too well-known outside of the US. There have however been a few non-US pressings of his stuff, particularly DVDs in Region 2 / PAL format. These include three “Very Best of” DVD sets, released in 2010. Each set contains 4 of his past HBO specials, one per disc.

Note that his last two HBO specials, Life Is Worth Losing (2006) and It’s Bad for Ya (2008), are not included here but still got their own separate Region 2 / PAL releases on DVD.