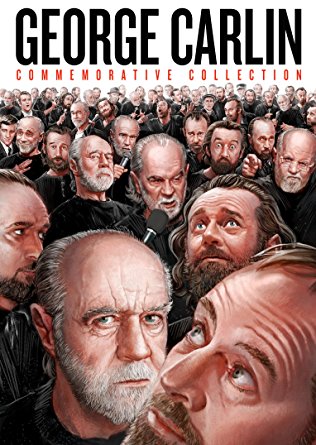 The George Carlin Commemorative Collection is a 10-disc set. It includes all of Carlin’s “HBO Stuff” along with “Extra Bonus Stuff”. More specifically, you’ll find:

In addition to the discs, the box set includes: